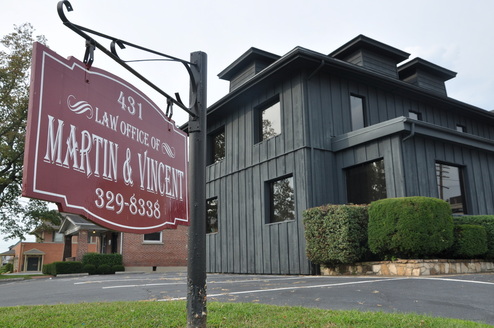 Martin & Vincent, PSC, was founded by its managing partner, Richard W. Martin in 1973.  Richard returned to his hometown of Ashland after working in Chicago and Kansas City for four years as an agent for the Federal Bureau of Investigation.  Since 1978, Richard has served his community as the attorney for the City of Ashland. Like Richard, John Vincent was born and raised in Ashland.  He returned home to practice law in 1984, and became a partner at the firm in 1987.  From 1996 until 2008, John served his community as State Representative for the 100th District.  Charlie Oppenheimer grew up in Ashland and returned to practice law here in 1987.  Charlie joined the law firm in 1998.  Andrew Wheeler was born and raised in Ashland.  He returned to Ashland to practice law in 2011.

We have been representing people living in this area for four decades. We focus on serving clients throughout Eastern Kentucky, from Ashland to Pikeville and all surrounding counties. We take great pride in being familiar with the people and communities where we practice law. We believe that by primarily confining our practice to the counties of Eastern Kentucky, we are in a better position to provide quality representation to our clients.